What do you know about Chocolate? We know a lot, because we are the chocolate caterers, we run Chocolate fondue fountains and chocolate is our daily life! It is a real magic which was brought to us by Theobroma cacao tree seeds. Before humans got it the life was not that bright I am sure. Started in back in 1900 BC with chocolate beverages, three millennia of practice in Mesoamerica and today we enjoy the finest chocolate. Our friends Maya and Aztecs created xocolātl Nahuatl so called “bitter water”. Even pre-Olmec people as early as 1750 BC were using chocolate beverages. So beginning with the fermentation of chocolate beans and ending up with chocolate liquor those chocolate magicians brought to life cocoa solids and cocoa butter.

And at the end with all that came Cocoa solids which are a source of flavonoids and alkaloids, such as theobromine, phenethylamine and caffeine. By adding work, experience, inspiration and magic we get well-known chocolate milk or dark.

Chocolate has become one of the most popular food types and flavors in the world, and a vast number of foodstuffs involving chocolate have been created, particularly desserts including cakes, pudding, mousse, chocolate brownies, and chocolate chip cookies. Many candies are filled with or coated with sweetened chocolate, and bars of solid chocolate and candy bars coated in chocolate are eaten as snacks. But until the 16th century, no European had ever heard of the popular drink from the Central and South American people. Christopher Columbus and his son Ferdinand encountered the cacao bean on Columbus's fourth mission to the Americas on 15 August 1502, when he and his crew seized a large native canoe that proved to contain cacao beans among other goods for trade. So the mordern story of chocolate began. By 1602, chocolate had made its way from Spain to Austria. By 1662, the bishop of Rome had declared that religious fasts were not broken by consuming chocolate drinks. Within about a hundred years, chocolate established a foothold throughout Europe.

New processes that sped the production of chocolate emerged early in the Industrial Revolution. In 1815, Dutch chemist Coenraad van Houten introduced alkaline salts to chocolate, which reduced its bitterness. A few years thereafter, in 1828, he created a press to remove about half the natural fat (cocoa butter or cacao butter) from chocolate liquor, which made chocolate both cheaper to produce and more consistent in quality. This innovation introduced the modern era of chocolate. Known as "Dutch cocoa", this machine-pressed chocolate was instrumental in the transformation of chocolate to its solid form when, in 1847, Joseph Fry learned to make chocolate moldable by adding back melted cacao butter. Milk had sometimes been used as an addition to chocolate beverages since the mid-17th century, but in 1875 Daniel Peter invented milk chocolate by mixing apowdered milk developed by Henri Nestlé with the liquor. In 1879, the texture and taste of chocolate was further improved when Rudolphe Lindt invented the conching machine. Besides Nestlé, a number of notable chocolate companies had their start in the late 19th and early 20th centuries. Rowntree's of York set up and began producing chocolate in 1862, after buying out the Tuke family business. Cadbury was manufacturing boxed chocolates in England by 1868. In 1893, Milton S. Hershey purchased chocolate processing equipment at the World's Columbian Exposition in Chicago, and soon began the career of Hershey's chocolates with chocolate-coated caramels.

All this is just a very short story of Chocolate, as it is keep going and chocolatiers all around the world building right now! New flavors, new looks, as chocolate is going on non stop! Any one can become the part of the chocolate world taking a pastry classes, attending a chocolate craft school or just molding chocolate at home. All you need just a little bit of mood, inspiration and a little CHOCLATE!

FREE Chocolate fountain for SWEET 16 or Quinceanera in New Jersey in September !

Last week we did a job at Palo Alto California! Aren&#96;t we the Best in New York?:)

Sunny Days and a Chocolate fondue fountain in New Jersey!

Back with the Premium Chocolate fountains BiG & Small in New York!

COVID19 protection measures we use 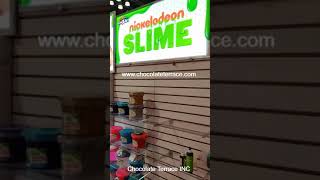 Stay safe and be well!

WE ARE NEW YORK! 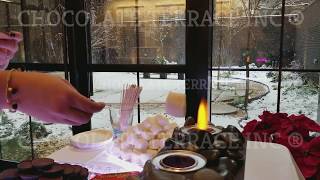 Back to school Chocolate Fountain!